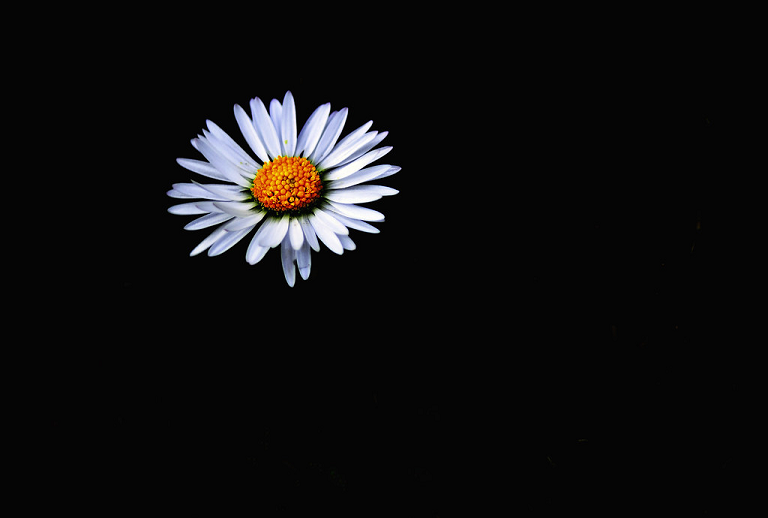 The names have been changed to preserve the privacy of Karen, Joe, and her family.

Back in the old days, when I thought of God healing, I would think of a sudden, miraculous, spontaneous healing. I believed that getting God’s help with my health required a special kind of faith and prayer from a person with a special gift of healing. It never occurred to me that receiving help from God could come any other way. But since then I’ve seen God work in many supernatural situations and because God declared the outcomes in advance, I’ve discovered that God is behind many other less conspicuous recoveries as well.

The belief that God only works through sudden and spontaneous miracles can cause people to lose faith and miss out on the good future that God has planned for them. When we expect God to do things in one particular way, or when we expect Him to answer our prayers the way we expect Him to, our plan usually fails. When we go to a miracle conference expecting healing but don’t get a sudden spontaneous one, we leave discouraged and depressed and wondering why God did not heal us.

The real reason for the failure to receive from God is our misunderstanding of faith.

When I asked God, What is faith!? He responded by awaking me one night with a crystal clear answer. He said, ‘Any issue you face can be solved by listening, believing, and following.’

Then, He showed me examples in the Bible that illustrate that faith is not a special power that some of us have and others lack. Faith is asking God for the answer, then listening, believing, and following.

A few days after the answer from God, He showed me the perfect example of listening, believing, and following when I was awoken by the Holy Spirit early in the wee hours of the morning. He showed me a vision of a person who had a mouth full of nuts and bolts. Next, was a vision of a pot of very healthy, beautiful, white, daisies.

He said the vision was for a friend of Karen who needed healing.

So I messaged Karen right away, and after a few minutes, she realized it was her uncle, Joe, who had recently been diagnosed with oral cancer and who had decided not to have surgery.

Karen explained that the doctor’s pre-surgery prognosis was not good. They gave Joe a year without surgery, but even with the surgery he only had 2 – 3 years and was told that he wouldn’t be able to eat or talk. Their prognosis had caused him to refuse the surgery and give up on life.

I told her that the vision meant to have the surgery as soon as possible.

Karen immediately called her mother to tell her of the vision and the instructions and when she did, she discovered the timing was remarkable. When her mother heard the news she explained that the family had just gotten together the night before to pray to God for help with Joe’s healing.

Less than twelve hours after their group prayer, God responded by giving me a supernatural revelation. I had no idea Karen knew anyone with cancer. Her family was very private and hardly anyone knew. But God knew.

Karen’s mother rushed Karen off the phone to deliver news to her brother who changed his mind and scheduled surgery the very next day.

Not long after, Karen posted the following testimony in my prophecy group.

Testimony… ?? by Karen in Prophetic Round Table

I called my mother and she wasted no time (As Mia instructed).

I am rejoicing and thankful to share that my uncle followed the instructions, and his surgery was a success. The Doctors were amazed because they did not have to remove the bone from his jaw, and was successful in removing all of the cancer. In addition to that my uncle called my aunt and talked to her for over 30 minutes two weeks after the surgery. God is so faithful!!!! We are so thankful to God for the healing miracle that took place in my uncle.

Mia, my family sends their love, and gratitude for your prayers, and obedience to God. Thank you so much!!!

If Joe didn’t immediately follow and have the surgery, the cancer would have spread and eventually it would have been too late to remove. When the doctors told him that it was already too advanced to remove, he had given up. But God knew differently!

Jesus First Miracle and the Listen-Believe-Follow Principle of Faith

On the third day there was a wedding at Cana in Galilee, and the mother of Jesus was there. 2 Jesus also was invited to the wedding with his disciples. 3 When the wine ran out, the mother of Jesus said to him, “They have no wine.” 4 And Jesus said to her, “Woman, what does this have to do with me? My hour has not yet come.” 5 His mother said to the servants, “Do whatever he tells you.”

6 Now there were six stone water jars there for the Jewish rites of purification, each holding twenty or thirty gallons.[a] 7 Jesus said to the servants, “Fill the jars with water.” And they filled them up to the brim. 8 And he said to them, “Now draw some out and take it to the master of the feast.” So they took it. 9 When the master of the feast tasted the water now become wine, and did not know where it came from (though the servants who had drawn the water knew), the master of the feast called the bridegroom 10 and said to him, “Everyone serves the good wine first, and when people have drunk freely, then the poor wine. But you have kept the good wine until now.” 11 This, the first of his signs, Jesus did at Cana in Galilee, and manifested his glory. And his disciples believed in him.

If this story in John is true, Mary’s request for Jesus to miraculously make more wine was the first recorded miracle done through Jesus and it perfectly illustrates the blueprint for following God in faith: Listen, believe and follow.

When Mary wanted Jesus to make wine, she said to the servants, ‘Whatever He tells you to do, do it.’

Mary’s comment to the servants revealed that she was well acquainted with the ‘listen, believe, and follow’ principle of faith. She knew that the result would be connected to following Jesus’ instructions.

The servants followed Jesus’ instructions and the result was wine from water. And not just any wine, amazing wine.

Whatever He tells you to do, do it.

When you need a miracle, ask, listen, believe, and follow, whatever He tells you to do. Because, more often than not, when we approach God for anything, He gives us an instruction to follow.

For example, many of the miracles that Jesus did were accompanied by commands: Stretch out your arm, get up and walk, and go wash. These are just a few examples of listening, believing, and following that resulted in receiving the answer to prayers.

When we read the stories of the miracles that Jesus did almost all were accompanied by a command to follow and each one was different. In each situation, the command was different and unique to the situation. God doesn’t do things the same way every time, or even the same way twice much of the time. Instead, He does something unique in almost every situation because every person and situation is unique. When it comes to healing, sometimes He sends instant healing, other times, He tells a person to eat garlic or to have surgery. But the one thing that is always perfectly constant is the end result, it is always the same. When we follow God’s instructions, He leads us to victory. When we seek Him and follow His instruction, He always provides a way of escape. When we follow God, we never lose.

Many people expect that if they didn’t get sudden healing in a prayer line God didn’t heal them but through seeing God work I’ve learned that many, many, many times God heals people when they seek Him for an answer and follow His direction.

Within this site are many examples of people being restored through following God’s instructions for treatment. These stories reflect differing approaches to every problem. Sometimes, after all else has failed, people turn to God and He uses a natural treatment that works when nothing else would. God is the great physician, and He works through His creations, including plants and people. Other times, He has led people to have medical treatment which worked when it looked impossible. I’ve also seen Him raise people from brain death when the doctors have said there was no hope and nothing could be done. The key lies in knowing Him and following.

The following story is a perfect example of faith.

God told Karen’s uncle what to do and promised good results IF he followed. If he didn’t follow, and chose not to go through the surgery based on the doctor’s report, he would have died. But because he followed God, the ending turned out to be better than anyone ever expected. The doctors took out ALL of the cancer. They were amazed that they were ABLE to get all of the cancer.

If you were one of the Israelites who found yourself with the Red Sea in front, and Pharoah’s army behind, you wouldn’t have a testimony if you did not follow God through the scary sea. We all think how easy it would be to walk through the sea but I think more than one person thought, What if the sea closes back up before I get through?

What if they were too afraid to follow the cloud into the parted sea? God provided an escape, but only those who followed prospered by it. If Karen’s uncle didn’t listen right then, before the cancer spread, he wouldn’t have a testimony but he did exactly what faith is: He listened, he believed, and he followed God’s promise and instructions.

Our walk with God is based upon our using our free will to follow His leading. Walking with God in a world at spiritual war is not, and never will be, free of trials. When there is a crossroads, when we come to a place where the sea is on one side and those trying to kill us on the other, God always provides a way out. Our part is to follow. All men are appointed to die once but if we follow God we don’t have to die the first time death shows up on our doorstep looking for us.

Joe could have just doubted and died. Or believed the doctor’s report and by doing nothing allowed it to come true but he chose to believe God. The result is victory. God directed him to get surgery right away and his outcome is amazingly better than what the doctors predicted. He has his mouth, his health, and A FUTURE instead of a certain death sentence. The best part, God was there with him through it all offering comfort, direction, and amazing results along the way. By following God the doctor’s grim report was put to naught and after more than two months on Death Row, God gave him his life back!

When God makes a way of escape, a lot of times, it’s the only way. When He made a way for the Israelites to escape through the Sea, it was the only way.

If you need something, ask. Then, whatever He tells you to do, follow!