Home » Contents » The Thought that Keeps Coming Back is Revelation Knowledge

The Thought that Keeps Coming Back is Revelation Knowledge 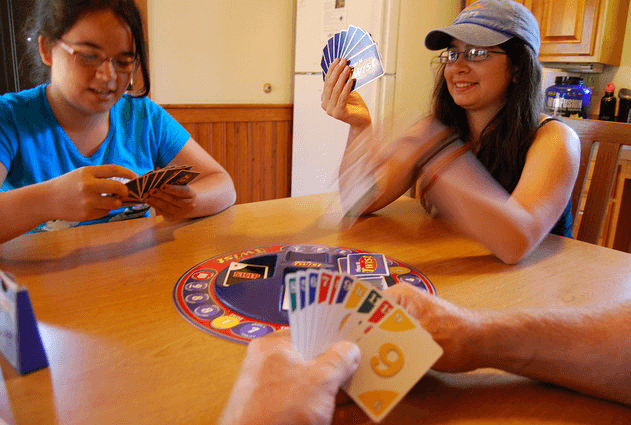 Every year for Mother’s Day, when I lived close to my mother, I had a standing date to treat my mother to a poker tournament at her club. She loves to play and she appreciates spending time together.

On this particular day, after arriving at the club, we found ourselves at the same table and we had been there for a little while when a gentleman sat down at an empty seat directly across from me. As soon as he sat down, I had a thought that he was worried about a payment that he couldn’t make. I knew that his wife had overspent, which meant he was short, and the payment was of great concern to him. I also knew that God was saying that it was going to be taken care of.

At first, I blew it off. Thinking, a.) I was in a tournament and would have to tell him this in front of a table full of people. b.) I didn’t know him and I’m extremely introverted. And, c.) I wasn’t going to do it unless I was certain it was God.

So, I ignored the thought and revelation and went back to playing. I quickly forgot about him and the message, until I looked at him again. As soon as I did, there was the same message. Again. Thinking to myself, If it’s God it will come back to me, I turned away and purposely thought about something else.

Very soon after, I happened to look at him again and the same thing happened again. The message was in my mind again: He is deeply concerned about overspending which was a very serious concern but God’s got it. No need to worry.

Again, I turned away because I knew if it was God it was going to keep coming back to me and if it wasn’t I would soon forget about it. This happened five or six more times. Until, finally, there was no doubt that it was God, and from prior experience, I knew the message wasn’t going to go away until I followed it or until it was too late.

Deeply aware that all eleven sets of eyes were going to soon be staring at me, and extremely uncomfortable because I did not know what his response would be, I took a deep breath and said, “Excuse me, sir. But you’re concerned about a payment that needs to be made. Perhaps your wife overspent some money, and it’s causing you concern. God wants you to know that everything is going to be okay. He’s got this.”

I didn’t know how he would react but the last thing I expected was for him to jump up from his seat and run around the table to where I was in order to high-five me. But that’s exactly what he did, and every person at that table was a witness to God reaching out to a stressed-out soul.

I was ecstatic. At one point it was always scary for me to approach strangers, not knowing how the message might be received, but I’ve learned that if God has a message for a person, it will be very well received because most of the time they are desperately waiting for that answer.

Afterward, the man sitting next to me asked if that happens often; my reply was when it does happen, it always ends just like this.

When God has a message for a person it’s because they need comfort. He is the comforter and He totally cares about our comfort. I’ve yet to see a person receive one of His messages of comfort and not be absolutely ecstatic to get it. I was super glad that I stepped out. I’ve learned to wait to see if the revelation (which seems like a thought) keeps coming. If it does, I step out because I’ve learned that it’s always right on and that when I do, all parties involved will be incredibly blessed. Me, because it’s awesome and makes me smile to see someone touched by God. Them, because they were desperate to hear this exact thing.

If you find yourself in a situation and the same thing happens to you, if you feel a message repeating inside your heart or in your thoughts, step out and share the message. The person who needs the touch from God will be beyond blessed and the privilege of being a part of sharing a revelation feels pretty awesome.